WE ARE TAKING ACTION

We see a future where freshwater is clean, abundant, accessible for all, and managed for the long term.

OUR MISSION IS TO RESTORE FRESHWATER HEALTH IN NORTH AMERICA.

We make this happen by engaging talented young innovators, activating their technologies, and supporting them as they turn their solutions into results.

Want to get involved? Join AquaAction.

AquaAction is a registered charity in Canada.

Since 2015, AquaAction’s flagship program has been the AquaHacking Challenge, a catalyst for freshwater innovation led by young Canadians.

Meet the AquaHacking Alumni members who are leading the way towards healthier water through their start-ups and initiatives. AquaAction has helped young innovators have positive impacts for 110+ rivers, lakes, and watersheds across Canada and the United States. Since the first AquaHacking Challenge, we have engaged hundreds of young innovators, and our teams have formed 36 startups – several of which are actively growing and expanding. Since 2015, AquaHacking finalist teams have collected a total of $1,000,000 in investment and seed funding.

“It’s unbelievable how far we’ve come, what we have accomplished. Through the AquaHacking experience I was challenged personally and professionally, and I had to push myself. I am very grateful for that.” We believe in the power of new technology and of the next generation of young innovators to bring a solution-focused mindset to solving some of the most pressing water issues we face in North America.

Partners
Team
Board of Directors Blaine Favel is Founder of First Peoples Pipeline, CEO of Kanata Earth, and President of Battle River Bison, a not for profit focused on bringing the bison back. Mr. Favel served as the University of Saskatchewan’s chancellor from 2013 to 2016. Mr. Favel is member of Poundmaker Cree Nation and an influential Plains Cree leader who has made significant contributions to scholarship, education, public service and the Canadian public good.

In addition to a Bachelor of Education, Mr. Favel has a law degree from Queen’s University and an MBA from Harvard Graduate School of Business. He was also awarded an honorary Doctor of Laws from the University of Saskatchewan in 2012.

During his term as Chancellor, Mr. Favel played a key role in guiding the university’s planning and actions in Indigenous education and engagement. In the fall of 2015, alongside President Stoicheff, Mr. Favel co-hosted the first Building Reconciliation National Forum, where Aboriginal and university leaders gathered to discuss how universities across Canada can respond to the calls to action from the Truth and Reconciliation Commission. Mr. Favel worked to ensure that this first forum was the beginning of what has now become an annual gathering hosted by Canadian universities. Nan‑bowles (Nan‑b) de Gaspé Beaubien is a businesswoman and a pioneer in the advancement of family enterprise. As Founder and Chair of the de Gaspé Beaubien Family Foundation, she devotes her time to philanthropic endeavours that continue to break new ground supporting enterprising women and enterprising families, public health and environmental causes. An internationally renowned expert on the topic of family enterprise, Nan‑b is a regular speaker at global conferences and top universities worldwide.

rançois de Gaspé Beaubien obtained a BA with honours from Haverford College before earning an MBA with distinction at Harvard Business School in 1989. Because of his strong academic performance, he was recruited by the Phi Beta Kappa fraternity, one of the oldest and most prestigious academic honour societies in the United States. After concluding his studies, François rose up the publishing ranks from publisher of New England Monthly magazine to eventually become President of Telemedia Publishing, Canada’s largest consumer magazine company at the time with titles ranging from TV Guide to Elle magazine. He and his team turned the organization from losses to the most profitable publishing group in Canada and he then sold that division in 2000. He and his brother oversaw the expansion of their radio division as co-CEOs to become Canada’s largest radio broadcaster, Telemedia, which they then sold in 2002. In 2003, François acquired Zoom Media, an indoor advertising company. Since he became CEO, the company has experienced tremendous growth (and focus), digitally entertaining and educating over 35 million fitness members every month across all of Canada, the USA, and the United Kingdom. He is the sole owner of Zoom. The businessman is also the co-Founder and Executive Chairman of Hivestack, a company that allows advertisers to target custom audiences digitally, based on physical world behaviors (combining the engagement of mobile devices with digital billboards). François recently sold Ayuda Media Systems, a software company utilized across 22 countries for its billboard management systems of which he was the Executive Chairman of the board. He is very involved in the industry and serves as Chairman of the board of the Digital Place Based Advertising Association (DPAA), a global initiative based out of NYC seeking to foster the growth of Digital Out Of Home (DOOH) media by bringing together market participants (media owners and tech suppliers) and educating marketers. 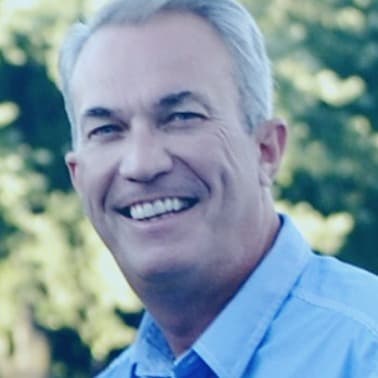 Allen Lalonde was the former IBM Canada’s Senior Innovation Executive and Director of IBM Canada’s Research & Development Centre. In directing IBM’s investments and collaboration in strategic innovation initiatives across Canada, Allen and his team were focused on driving social and economic growth in Canada through IBM’s leadership, participation and support of collaborative innovation initiatives and models, and especially through IBM’s support for big data, analytics and cognitive research projects. In this role, Allen has collaborated with Municipal, Federal and Provincial governments, academic institutions and researchers, and industry associations and partners to establish, progress and execute such initiatives. He led a team of research, project management, business development and operations leaders who were dedicated to exciting research projects to answer Canada’s most pressing challenges, including challenges like those prioritized with the AquaHacking Movement. Pierre-Marc Sarrazin is Vice President, Corporate Finance & Treasury for Ovivo, a global provider of water and wastewater treatment equipment headquartered in Montreal. He joined Ovivo in 2011 and he currently leads the mergers and acquisitions strategy, financing, treasury operations and investor relations.

Pierre-Marc cumulates close to twenty years of corporate finance and development experience for several multinational public companies, where he also actively participated in a number of strategic transactions, such as acquisitions, divestments, financing and restructuring.

Pierre-Marc holds a Bachelor of Business Administration in Finance and a Master of Science in International Business from HEC Montreal. He also holds the designation of Chartered Financial Analyst. Barrie Laver is Managing Director, Head Venture Capital & Private Equity with Royal Bank of Canada and leads RBC Capital Partners, the bank’s VC & PE arm. Mr. Laver’s background is primarily in the venture capital industry both with RBC as well as having founded his own independent venture fund that focused on early stage technology investments. Mr. Laver has also served as CEO with companies in the technology, hospitality and manufacturing sectors and has experience on numerous private, public and not-for-profit boards.

Mr. Laver is a member of CPA Canada and the Institute of Corporate Directors. Matthew Price-Gallagher is President & CEO, Watercluster Scientific Inc. Watercluster Scientific Inc. is a Montreal-based privately held corporation focusing on innovative science-based technology solutions using nanotechnology. For the past seventeen years, Mr. Price-Gallagher has guided the Company through its commercial and R&D initiatives with leading researchers and engineers around the world. Current research partners include Brojde Center for Innovation in Engineering and Computer Science and the School of Pharmacy, Faculty of Medicine, both at the Hebrew University of Jerusalem, as well as NanoSpun Technologies, a spin-off of the Technion.

Water is essential to life on earth. It sustains us, it connects us, it nourishes us all. AquaAction is here to help everyone find meaningful ways to protect freshwater for future generations. Thousands of people are taking AquaAction to save freshwater. Support the next generation of freshwater solutions. Every drop counts.